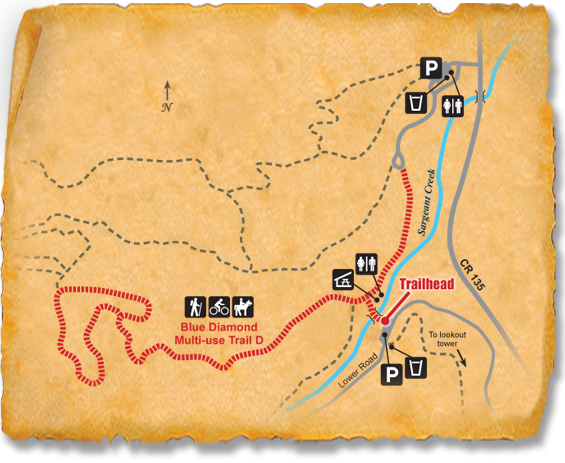 Newton Hills State Park was named after William Newton who settled in the area in the 1850s. Newton's wife was a mid-wife; until the 1870s, she was the only European American north of Vermillion who could deliver babies and cure the sick.

Glaciers created this narrow strip of rolling hills and forest that is part of the geological formation called the Coteau des Prairie, which extends along the eastern boundary of South Dakota. At its highest point, the Coteau rises to more than 2,000 feet above sea level. Artifacts and burial mounds found near the park indicate that a Woodland Indian Culture inhabited this region between 300 B.C. and 900 A.D. The area's unique dark forest, amidst a vast open prairie, has prompted many recent legends, including buried gold, robbers' hideouts and horse thieves.

Over 200 species of birds visit the area each year. White-tailed deer, wild turkeys, marmots, rabbits, red and gray fox and squirrels are also found within the park. 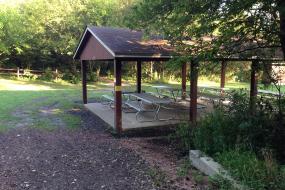 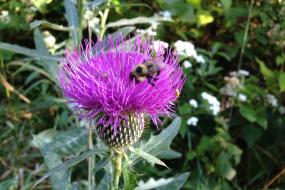 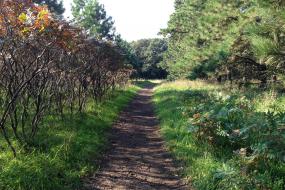 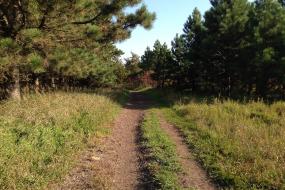 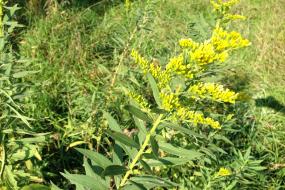 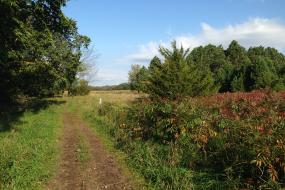 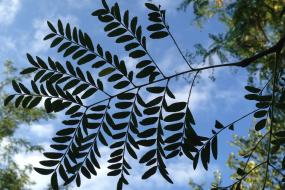 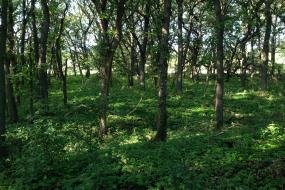 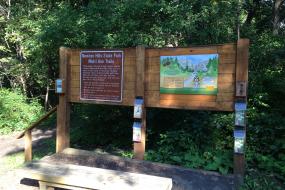 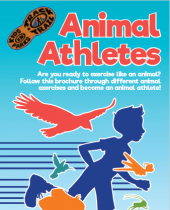 Difficulty:
Easy
Trail length:
3.80
The Animal Athletes adventure challenges kids to exercise with the animals. This brochure gives kids eight different animal exercises they can do along the trail. From hummingbird hand-swings to frog hops, kids are sure to have fun getting in shape with the animals during their outdoor adventures.
Download Brochure 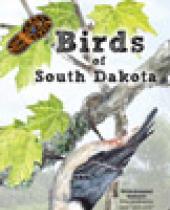 Difficulty:
Easy
Trail length:
3.80
The Birds of the South Dakota brochure shows kids where to look for different birds along the trail. The brochure contains illustrations of some of the more common woodland birds and information on how to identify them through various clues.
Download Brochure 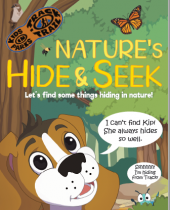 Difficulty:
Easy
Trail length:
3.80
The Nature's Hide & Seek brochure is designed so that kids of all ages can walk along the trail and discover common things that are often overlooked in nature. Some of them are hard to find, others are easy. Best of all, the adventure never ends because every time you walk the trail you will discover new things hiding in nature.
Download Brochure 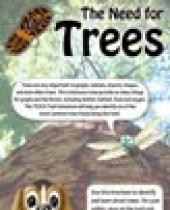 The Need For Trees

Difficulty:
Easy
Trail length:
3.80
By following the picture and text clues found in "The Need for Trees" brochure, kids will discover six of the more common trees found along the trail. During their adventure, kids will learn about the need that people and other animals have for trees and about the roles trees play in the forest.
Download Brochure