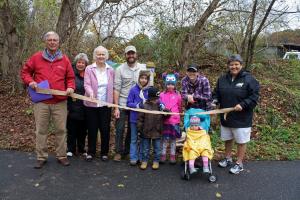 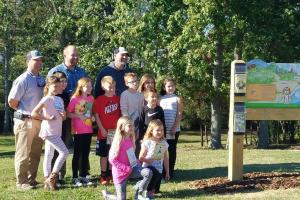 The town turned out to open the newest TRACK Trail at Creekside Park!
by Adam Roades, October 23rd, 2017 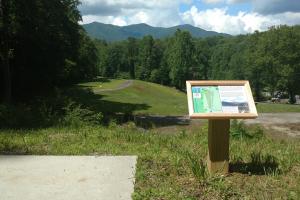 Play a fun round of disc golf surrounded by lush nature and stunning views of the Great Smoky Mountains...
by Adam Roades, July 13th, 2017 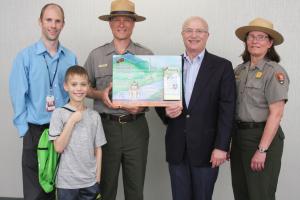 In conjunction with the National Park Service’s ParkRx Day, celebrated Sunday, April 23, Meritus Health became the only health system in the state of Maryland to partner with area parks for the Kids in Parks program’s TRACK Rx initiative.
by Jason Urroz, June 13th, 2017 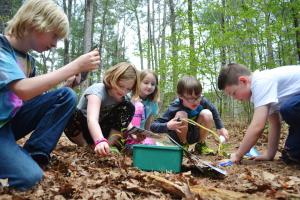 On April 17, Kids in Parks celebrated the grand opening of the Haw Creek Elementary School’s Citizen Science / STEM TRACK Trail in Asheville, N.C. The celebration was held in conjunction with the school’s Earth Week, and coincided with the North Carolina State Science Festival. The trail materials were overlaid on the school’s existing half-mile hiking trail. Throughout the week, teachers and their students flocked to the trail to learn about science found in nature through hands-on activities performed at a series of experiment stations.
by Jason Urroz, May 1st, 2017 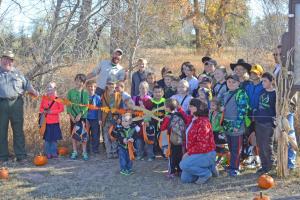 The community of Laramie and surrounding areas turned out in big numbers for the opening of the Fort Laramie NHS TRACK Trail. As the speakers engaged the crowd, the sense of pride in the natural and cultural riches of the park became evident. Park Superintendent, Tom Baker, emphasized the parks ties to the people of the community and the dedication to broadening the range of opportunities for visitors to experience the amazing resources at the Fort and bring kids outdoors...
by Adam Roades, October 27th, 2016 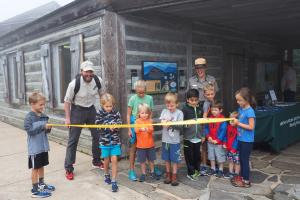 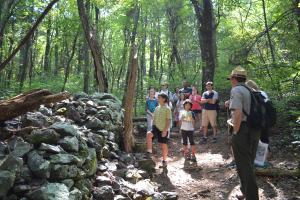 Now, when kids and families drive through Shenandoah National Park on the 100-mile long Skyline Drive, they’ll have three opportunities to get out of their car and stretch their legs on a TRACK Trail. That’s because Kids in Parks partnered with Shenandoah
by Jason Urroz, September 27th, 2016 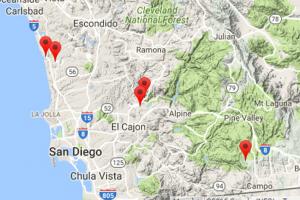 Three years ago, Kids in Parks installed three TRACK Trails in partnership with San Diego County Parks. One of the trails, the San Elijo Lagoon Ecological Preserve, has been the program's most registered TRACK Trail three years in a row. Because of this success, the county recently partnered with Kids in Parks to install two new TRACK Trails, giving kids and families from the region a total of five locations to get outdoors and active in parks!
by Jason Urroz, September 27th, 2016 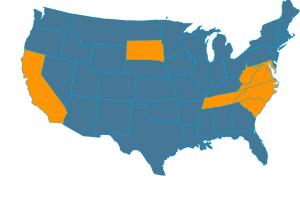 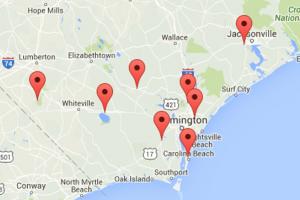 The Kids in Parks program partnered with the College of Health and Human Services at the University of North Carolina Wilmington through their five-county collaborative group called the Southeastern North Carolina Regional Health Collaborative (SENCRHC) to install five new TRACK Trails in the southeastern region of the state.
by Jason Urroz, June 16th, 2016 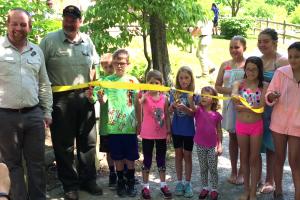 How did you celebrate National Get Outdoors Day last weekend? (June 11). At the Chilhowee Recreation Area in Cherokee National Forest, kids and families celebrated the grand opening of the Kids in Parks program’s 140th TRACK Trail, and the first TRACK Trail in Tennessee!
by Jason Urroz, June 13th, 2016