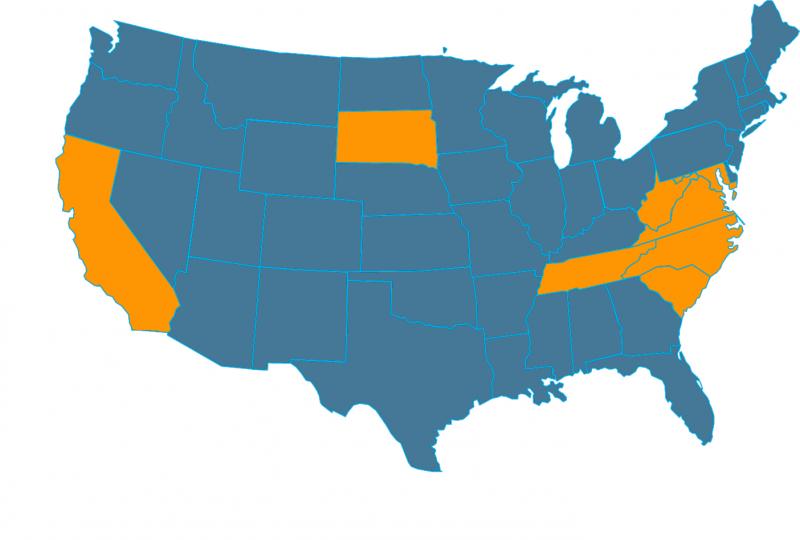 These are all questions we’ve been asked in the past. To understand the answers to these questions, you need to understand the problems the program was designed to solve—childhood obesity, nature deficit disorder, declining park visitation, etc. These are not just “Parkway” problems. Park visitation is down everywhere! Childhood obesity rates (and other health ailments) are up everywhere! And, young people are losing touch with the natural world across the country.

When other regional park departments and agencies discovered the Kids in Parks program, saw the materials we designed for kids and families, learned about the incentive system, and found out that implementation did not require tremendous amounts of resources or time, they wanted to know how to get their own TRACK Trails. Suddenly, the program had grown from one trail on the Blue Ridge Parkway to a network of more than 10 trails that crossed agency boundaries through a common mission: getting kids and families unplugged, outdoors, and reconnected to nature for their health. And when young people gain an appreciation for nature, the future looks better and better for our parks and public lands.

To test the “proof of concept,” we partnered with the South Dakota Department of Game, Fish and Parks to determine if the program could be replicated anywhere in the country with minimal effort. Without having ever stepped foot in the state, Kids in Parks worked with their program staff to install a TRACK Trail in Custer State Park, more than 1,500 miles away.

The rest is history! Through additional grant funding and fantastic partnerships formed with land management agencies across the country, the program has built a network of more than 140 TRACK Trails in eight states (North Carolina, Virginia, South Dakota, California, West Virginia, Maryland, South Carolina, Tennessee) and Washington, D.C. There’s even a TRACK Trail that circles the White House—which is amazing!

We’re honored to be on this ride with all of our park partners, with all of our Trail TRACKer kids and families, and of course the program’s grant funders and supporters. Many park agencies across the country have expressed interest bringing TRACK Trails to their state, including Wyoming, Nebraska, Kentucky, and North Dakota, which now have adventures in the pipeline.

We’ll keep you up to date on new trails; but for now, enjoy the Great Eight!