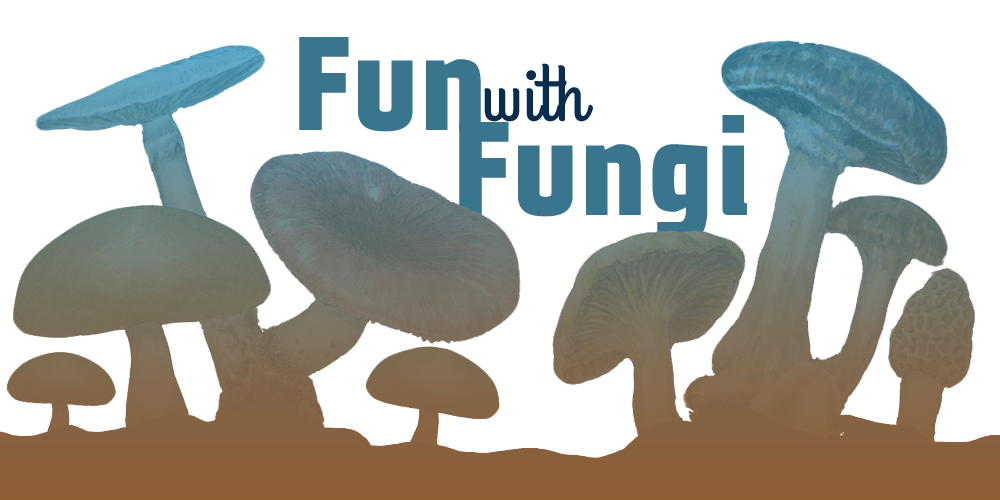 × ⚠ Danger ⚠ Many fungi contain toxins that can be harmful or fatal. DO NOT HANDLE or EAT any mushrooms you find on the trail.

Mushrooms are the 'fruit' of a fungus. Most fungus goes unseen, hiding underground or hidden in plain sight, but it all serves an important purpose in nature. Fungi can't make their own food through photosynthesis so they have to get their food from the environment. A lot of fungi are decomposers, breaking down dead things and returning nutrients to the ecosystem. Let's learn about mushrooms and see what we can find!

Parts of a Mushroom

The image below represents a composite mushroom that shows all the major parts that might be found on a mushroom. Find a mushroom near the trail. How many different parts can you identify?

*note: not all mushrooms have all of these parts 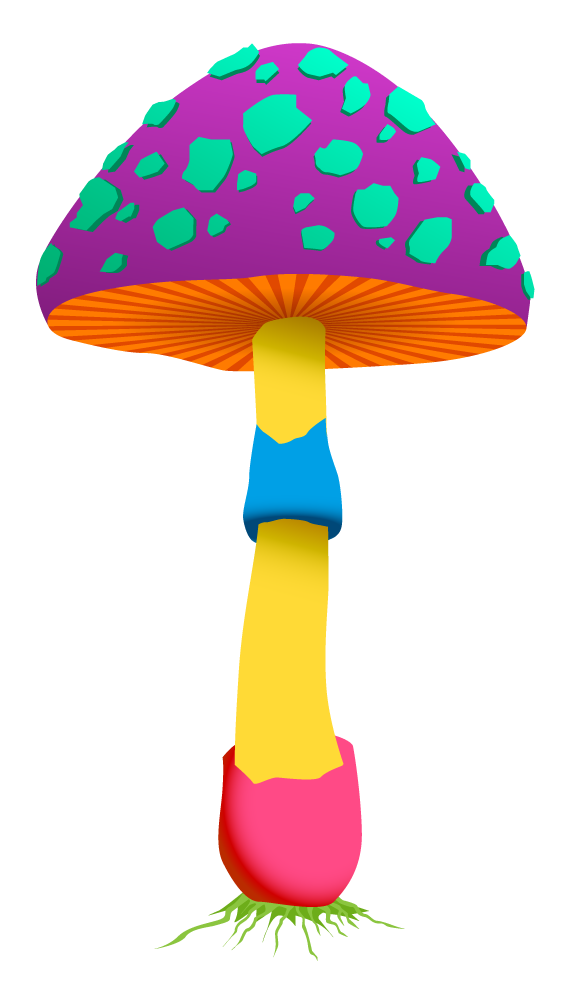 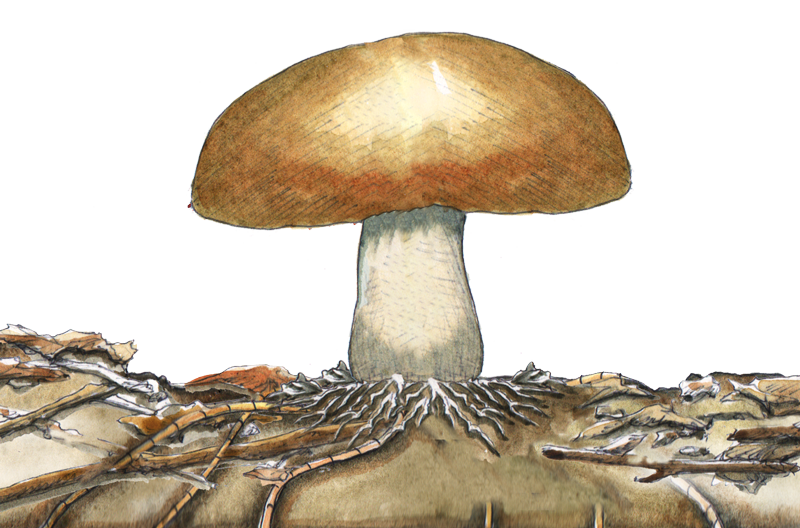 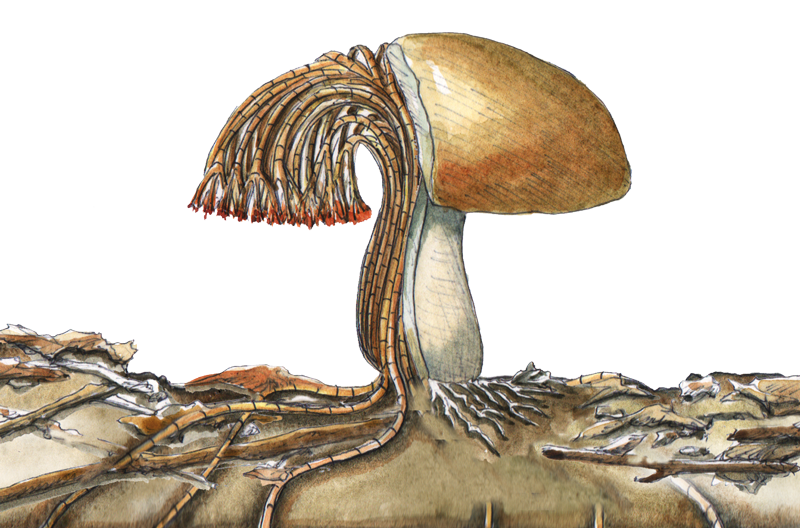 Tap the image above to reveal what's beneath

The mycelium, or “body” of the fungus, is usually hidden underground. The myceluim is made up of thread-like cells called hyphae which release enzymes and absorb nutrients. Turn over a decomposing stick. Or look under a rock or log. Can you find the threads of a mycelium?

Most agarics are shaped like umbrellas; they have an open cap and a stalk. These gilled mushrooms have tiny ridges (gills) on the underside of the cap where the spores are released. Tap each mushroom to check them off as you find them.

Boletes have a stalk and a round cap but unlike gilled mushrooms, the underside of the cap is spongy. Tap each mushroom to check them off as you find them.

Often growing on tree trunks, shelf fungi look like, well, shelves. Many shelf fungi can be found throughout the year because they are woody. Look for tiny ridges on the underside of the shelf where the spores are released. Tap each mushroom to check them off as you find them.

Digging in - What did we learn?

Answer the questions below to test your knowledge of fungi.

Q. Which of these structures is NOT part of a mushroom?

Q. True or False? - Fungi use photosynthesis to make their own food.